Network Topologies at Your Fingertips: Understanding the Various Options for Your Organisation

As a manager, participating in the design of a telecommunications system requires an understanding of the various kinds of network topologies. This help you make a good decision for your firm. Simply, a network topology refers to the path followed by data signals as they travel from one device to another within the organisation. Even though you can pinpoint the physical location of the devices in the offices, it is hard to tell the direction of flow of the data signals yet it is of prime importance. It determines other important variables of the system, such as ease of maintenance and cost. When choosing your organisation's telecommunications network, here's what you need to know about various network topologies:

In this type of network topology, the computers are connected to one cable in a series. There is one backbone cable and all the other devices are connected directly to this backbone. Data signals travel over the whole length of the main cable, which then feeds to the tributaries supplying the various devices in the set up. There is a termination at each end of the main cable to keep the data signals from bouncing back and interfering with transmission. The bus topology is less costly and quite easy to install. However, it is only good for small device networks. A large network can easily exceed the capacity of the main cable and lead to bouncing of data signals (interferences).

This is a point-to-point network configuration where all the devices are connected to and controlled by a central hub. All the signals have to pass through the central hub. This system is ideal for both large and small networks. A central hub can contain as few as eight ports (for a small network) or as many as one hundred (for a large network). Even though it is highly flexible, the star topology requires lots of cabling. Moreover, the whole system fails if there is a malfunction in the central hub.

Just as the name suggests, this topology takes the morphology of a ring. The devices are connected to each other in a continuous circle with no particular beginning or end. There is no need for termination, unlike in the bus topology, as this will mean that data signals won't reach some devices in the network. In this configuration, data only flows in one direction. Each device within the network receives and examines the signal. If a signal isn't meant for a particular device, it is regenerated back to the cables and passed onto the next device. The ring topology is very reliable and enables all the devices to access the signal being transmitted. On the downside, it is difficult to carry out isolated repairs as a malfunction in one device affects all the other devices on the network.

A star topology is the most preferable among the three alternatives. This is because of the centralised control of signal transfer and the high carrying capacity of the network. For more information, contact a professional such as those found at MTM group. 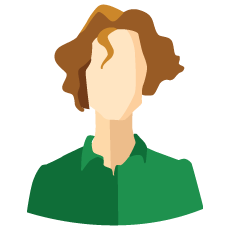